NATA Application forms and Registration form are going to live in few days. NATA as we know is a Entrance exam for students want to engineering in Architecture and finding there way in Architectures. Architecture is a very good course to do as it provide students a way to express there Creativity,sense of Proportion, Thinking ability and Drawing skills in a professional manner while doing Architecture in 2014.

NATA exam 2014 forms will be available at ICICI bank Branches where you can easily buy it on the provided date and send it to Council of Architecture for confirmation of Registration Submission for NATA.

Candidates appearing for this Entrance Exam need to appear six working days as per the cutoff date provided by the Council and the application for admission in the respective colleges and Institutes.  All the details for the List of Branches of ICICI banks where you can easily get the Application Form for Registration, will be given in the NATA brochure 2014. 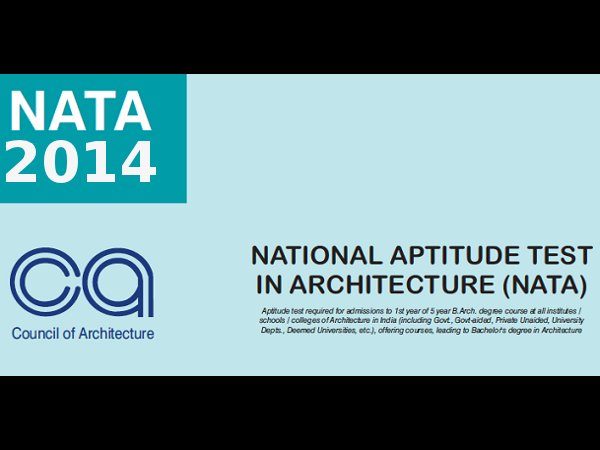 Also the List of Centers for entrance exam where it can be conducted will also be provided very soon when the registration is on.

Eligibility for NATA is very much simple and basic as for Admission in B.Arch course students or candidates who are having Mathematics and 50% marks in 10th and 12th exams Aggregate can easily apply for it.

NATA scores are basically used by maximum universities for admission in B.Arch courses and other courses in Architecture. as the eligibility for this entrance exam is very simple. so, students with long range thinking and creative mind must appear in this NATA exam in this 2014 year and join a B.Arch Engineering Architecture course in some recognized university.