AIT Pune 2015 Application Forms and other Important Details like Eligibility criteria, Admission detail,Total number of Seats and Online & offline Registration. AIT is basically Army Institute of Technology which provide Students belonging to Army background, admission in Engineering graduation courses such as B.Tech and B.E. All the Admissions will be done on the basis of  JEE Mains marks of students. AIT Admission are now on and applicaton forms are now available on AIT Pune Home site, Detailed info is given below. 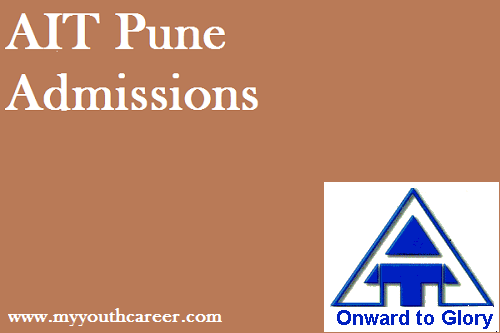 AIT Pune is basically a Army persons institutes who provide all the Army background students a great opportunity to study undergraduate courses from a well known Army institute of Technology situated in Pune, Maharashtra.

Online application for AIT (Army Institute of Technology) can be done through official website of  AIT which is www.aitpune.com. Students have to provide an affiliate to AIT institute as an Application fees of Rs 750 which can be paid via various modes such a Credit cards/Debit Cards or Net Banking. further Bank may charge Rs 37 as a additional processing Charges.

Students can fill Offline application forms of AIT in two different Modes such as:-

Admissions for AIT Pune Institute for 2015 batch will be started :- April/May 2015

Total Number of Seats allocated in AIT Pune are:- 300

seats are distributed as :-

AIT Pune 2015 Application forms will be live in march when IIT council will distributes there Admit Cards to all students who have applied to JEE Mains exam 2015.